A short newsletter to comment of the results of last week’s Unitary Election, to announce details of our Summer Party next month, and to announce the latest winners of recent 200 Club draws.

Although all our candidates deserve a huge vote of thanks for standing and for working so hard to seek representation on Somerset’s new Unitary Council, I cannot deny that the overall results were disappointing as the Lib Dems secured a working majority.   The final outcome of the number of seats won be each Party in the new 110-seat Council was:

There were 6 Conservative councillors elected in Somerton & Frome out of a total of 24.  Three of these were in South Somerset and three in Mendip.

There will be a boundary review of the Somerset Council wards/divisions before the next round of local government elections in 2027 to bring the number of seats down from 110 to round 85.

We will learn lessons from what happened this year, although it is widely accepted that the political climate outside our county borders had a disproportionate and unwelcome influence on the electorate, of whom only 29% came out to vote.

I would like to give special thanks to Stephen Bower, our Regional Campaign Manager, and to Amy Green, our Constituency Campaign Organiser for their huge and unrelenting support, and ‘can do’ attitude throughout the campaign.

A statement has been placed on our Association website, which I repeat here for your information:

Firstly, a big thank you to everyone who came out and helped our team of brilliant candidates in the run-up to polling day.

The campaign in Somerton & Frome faced some additional external challenges but despite the
disappointment of losing in many divisions, the swing against us was only marginally greater than
across the wider Somerset area.

Commiserations to candidates who were not elected, many in very tight races – Gemma Verdon
losing in Martock by just 14 votes was one of the closest!

Congratulations to terrific double wins for Philip Ham and Barry Clarke in Mendip Central and East,
and to Lucy Trimnell and Tom Power in Wincanton & Bruton. Congratulations also to Dawn Denton in Frome North standing in her first election and to long-serving councillor Mike Lewis who was elected for Castle Cary.

Now is the time to regroup and rebuild so I’m delighted to confirm the details of our Summer Party, as initially notified last month.

We are going hold a much-needed social gathering next month, on Friday 10th June, to which I hope that many of our members will come.   The setting couldn’t be more grand, nor more discreet as Earnshill House is approached by a mile-long drive.

Here’s the house, and the flyer is below.   Please let me know if you wish to attend as soon as possible as there is a ceiling on numbers.   Once you confirm (and pay!) I’ll let you know who our VIP guest is. 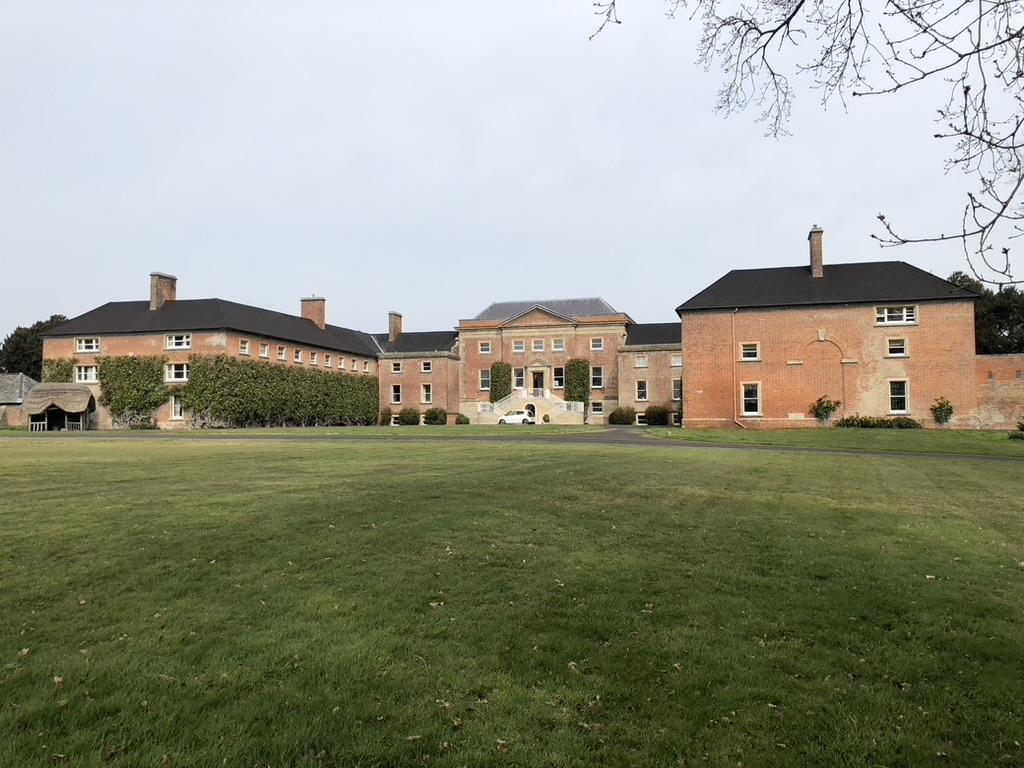 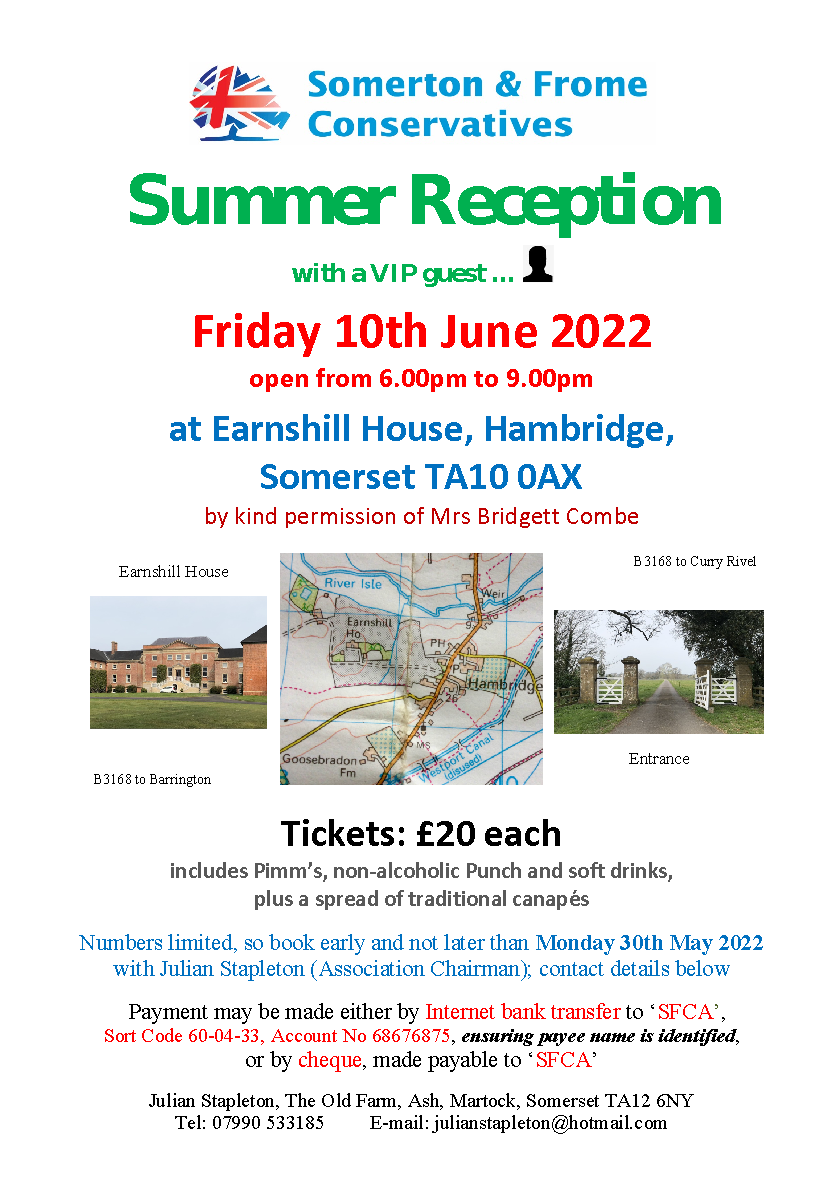 200 Club Winners – April and May Draws

The winning numbers for April and May 2022 are:

Congratulations to Derek and Lucy!   Each receive a cheque for £100.

Don’t forget that there’s a Grand Summer Prize of £1,000 to be won.   That will be drawn at our Summer Pimm’s and Punch Fundraising Party on 10th June.