The Jubilee weekend earlier this month was a triumph for The Queen in celebration of not only the immense service and pride Her Majesty has given to our country and the Commonwealth over the past 70 years, but also for everything that makes our country great.   In my village of Ash, the house opposite where I live turned itself into a pub, appropriately named The Queen Elizabeth Arms, selling drinks for charity at 1952 prices!   Street parties around the country reflected the high esteem we have for our sovereign - now the second longest monarch in recorded history.   Only Louis XIV has reigned longer (72 years and 110 days) but he inherited the throne of France at the age of four! 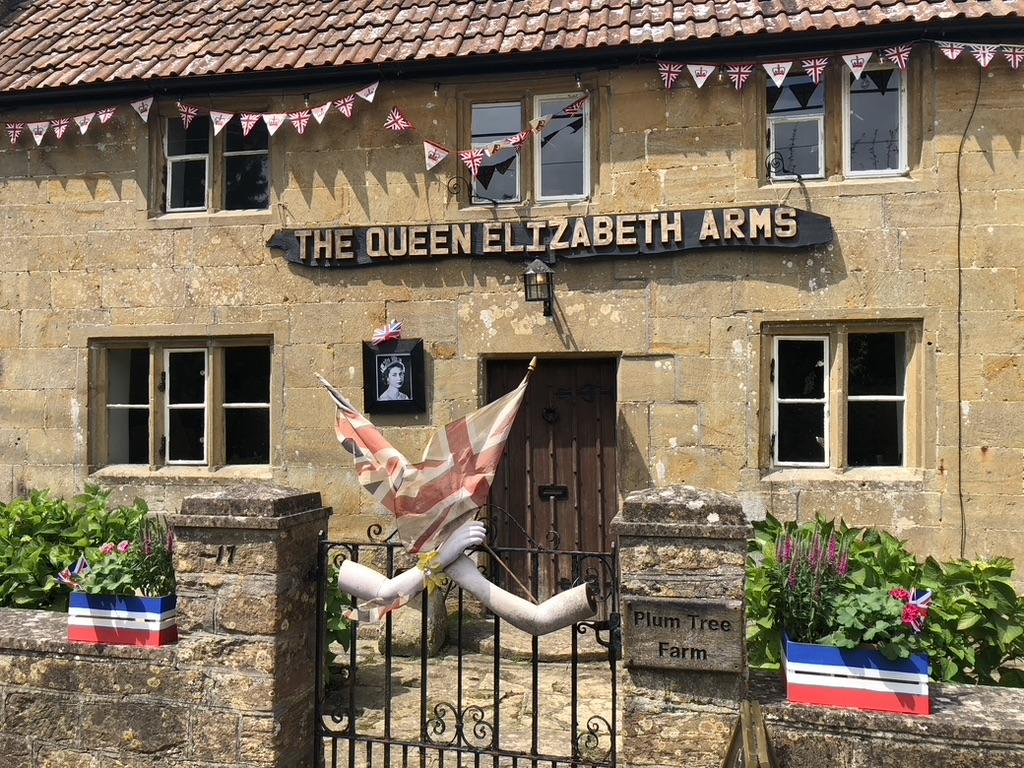 She has however already earned her place in history, not just because of the unprecedented acceleration of change that has occurred in the last seven decades, but by the deep respect and sincere affection she commands across the world.   We are indeed very fortunate to have a head of state whose uniting influence and high standards have been an example to all of us in the United Kingdom as well as to the wider global community.

Earnshill House in Hambridge was the magnificent setting for our summer Pimm’s and Punch Party on Friday 10th June.   The event was a great success, raising a significant amount for Association funds, all thanks to the kind and generous hospitality of Mrs Bridgett Combe who welcomed over 50 members, supporters and guests to her grand home. 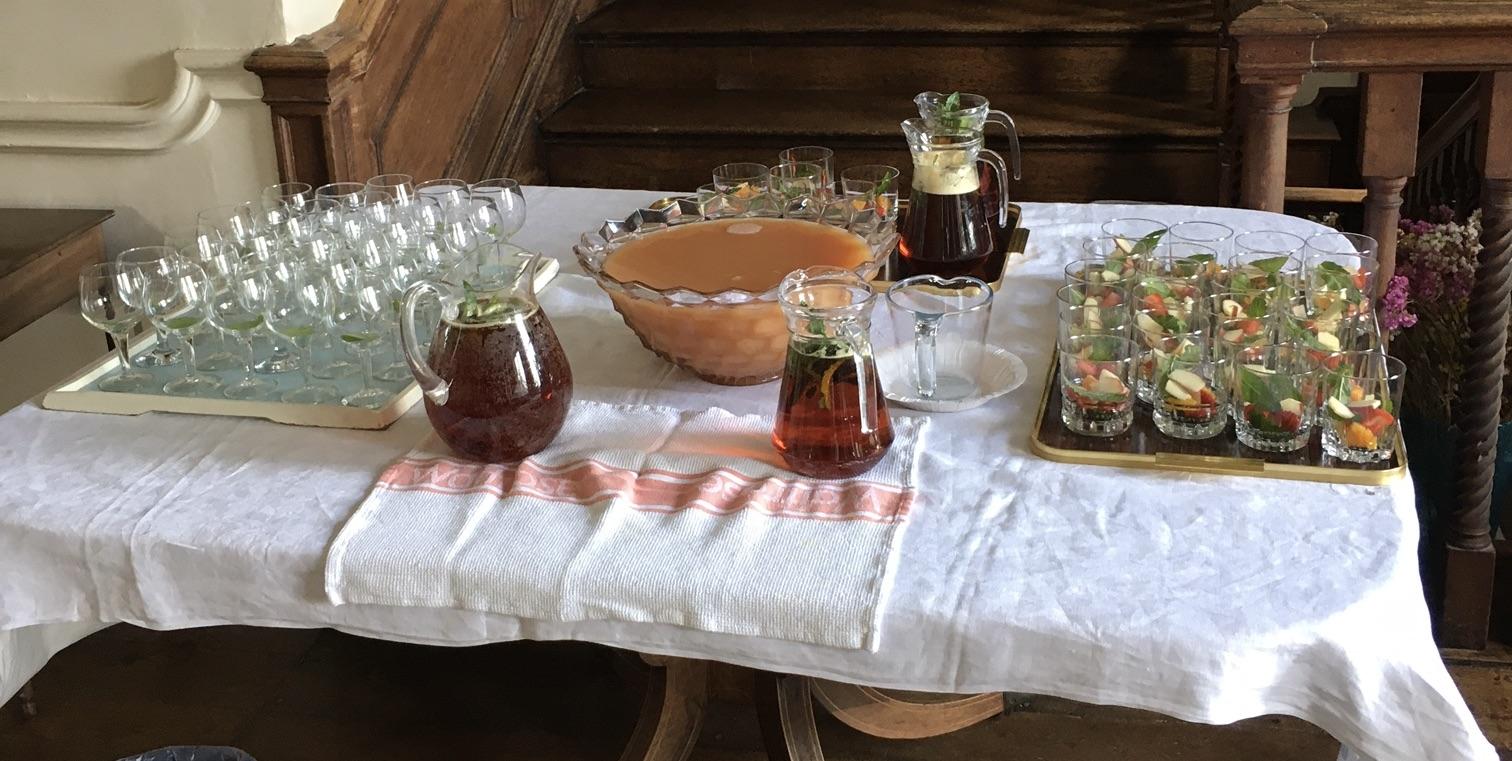 Pimm’s & (non-alcoholic) Punch in the Entrance Hall, and canapés in the Dining Room 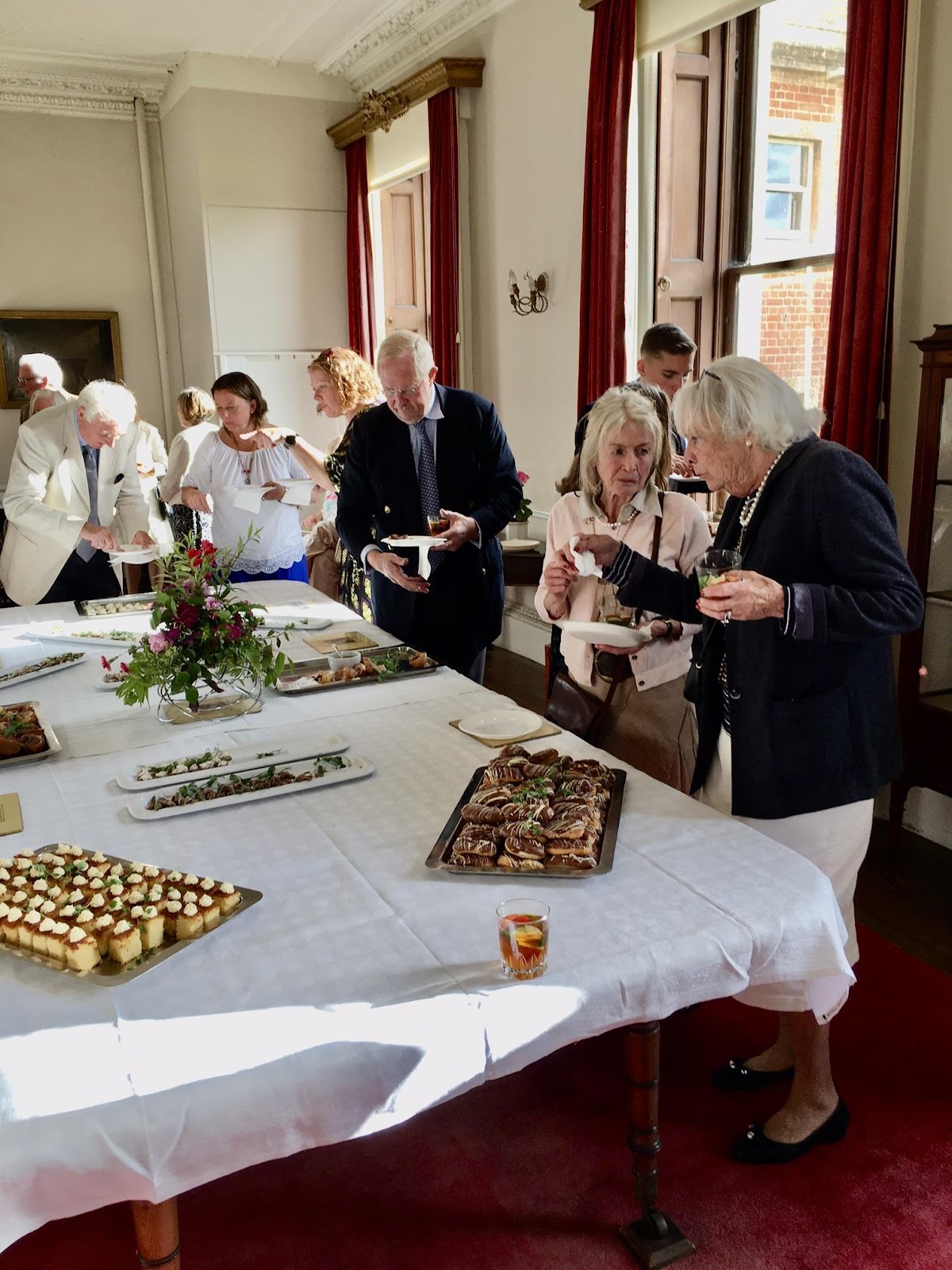 Our guest of honour was Mark Shelford, Police & Crime Commissioner for Avon & Somerset, who, after talking to as many present as he was able and tucking into a delicious spread of quality canapés, gave an absorbing talk about his priorities on policing in Somerset.   He also gave us an honest appraisal of the current political climate from his personal experience on the doorstep when helping in recent West Country election campaigns.

After delivering his speech, Mark Shelford drew the winning numbers for this year’s Grand Summer Draw of the Somerton & Frome Conservative Association 200 Club.

The lucky winners were:

Third Prize, for £100 – No 59, Janie Strachan of Compton Pauncefoot

Not surprisingly, I continue to receive a steady stream of enquiries about our MP as many constituents are under the misapprehension that they currently have no representation in Parliament.   This is not true.

Regarding the allegations that were made about him in the Sunday Times back in April, I should stress that they remain allegations.   However, whilst those allegations are being investigated, confidentiality is paramount.   David is therefore under strict instructions not to say anything related to the enquiry until the Independent Complaints and Grievance Scheme (ICGS) investigation has been completed.   Not only is this a mandatory requirement of the process, it’s also accepted standard practice in politics.   The ICGS will pass its recommendation to Kathryn Stone, the Parliamentary Commissioner for Standards, who will then issue a statement announcing her decision.   David will then be allowed to issue his own statement - to his constituents and, if he wishes, to all MPs in the chamber of the House of Commons.

Regarding constituency matters, I can confirm that he is running his office as normal, as reported in his website statement of 6th May.   Therefore, any constituent wishing to contact our MP can email him at david.warburton.mp@parliament.uk

It’s been a difficult time for our Association, and a very frustrating one for David who was made to wait nearly two months before being asked to provide answers to the enquiry team.   I trust that this helps in your understanding of the present position and I sincerely hope that this matter will now be resolved as quickly as possible.  I will keep Members posted.

We were all deeply saddened to hear that Patrick Kaye had died at the end of May.   He had been one of the Association’s staunchest supporters for many years.   His reputation as an enthusiastic Chairman of the Castle Cary Branch will always be remembered by those who benefited from his generosity of spirit and his eagerness to involve himself in everything, from organising fundraising socials to actively recruiting new members.

Patrick was an officer and a gentleman in the truest sense, proud of his military service, maintaining those high standards throughout his long and distinguished life.   Moreover, he was clearly able to relax, especially with a bottle of red wine, and his committee meetings were always popular gatherings when there were invariably plenty of strong refreshments on offer!

To his widow Diddie and all Patrick’s family, we extend our heartfelt sympathies.   He will be sorely missed.

We woke up this morning to the huge disappointment but not totally unexpected results of yesterday’s by-elections in Wakefield and Tiverton & Honiton.   I will not speculate here about the possible fallout, but the immediate resignation of the Party Chairman does, perhaps, expose the need for serious reflection and urgent remedial action.   Here is Oliver Dowden’s letter to the Prime Minister. 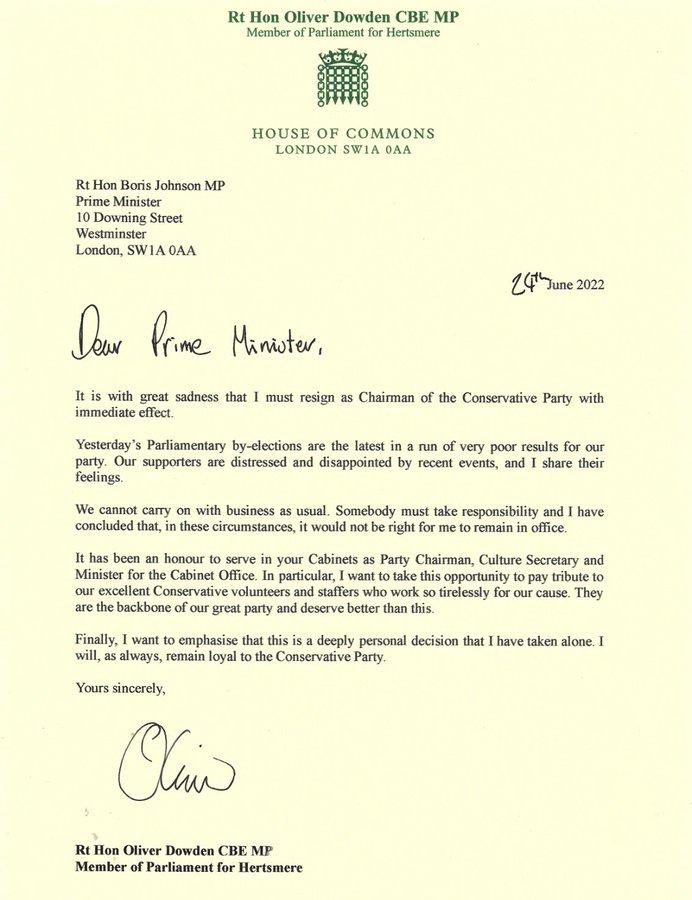 Like Oliver Dowden, I remain loyal to the Conservative Party, a view that I’m sure is shared by all those who continue to believe in the Party’s core values.